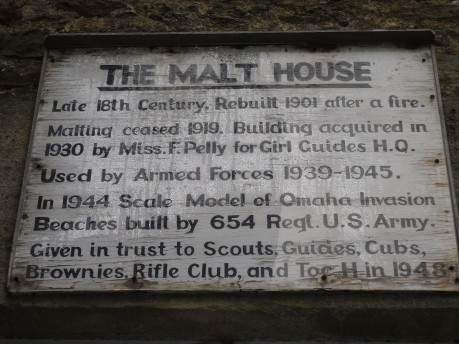 The plaque above the door to The Malt House 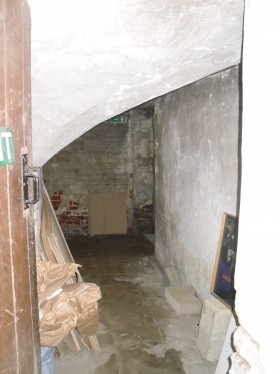 Vaulted ceiling to form a firepit 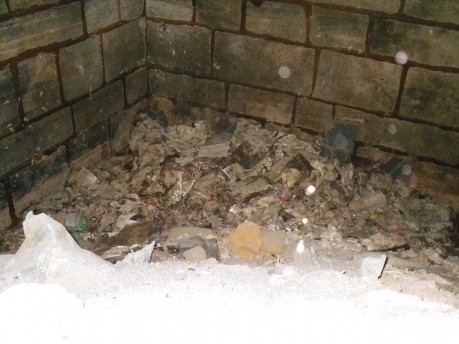 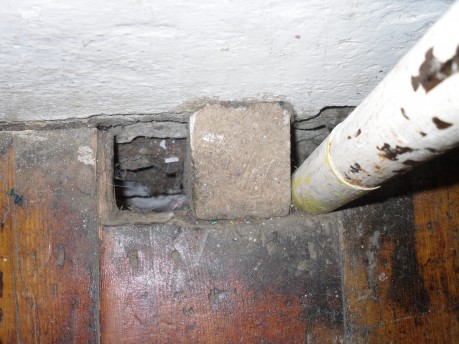 Fire spread risk from a large hole between floors 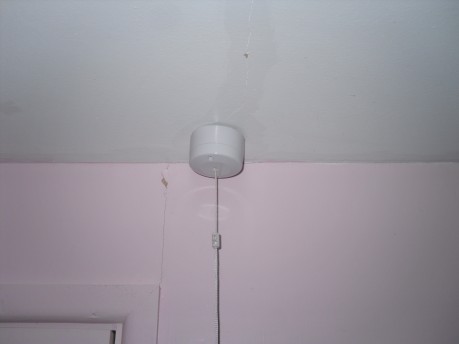 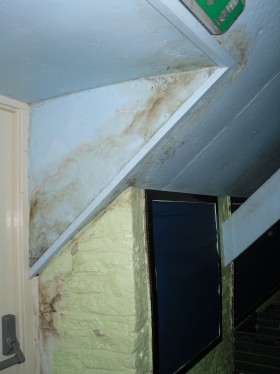 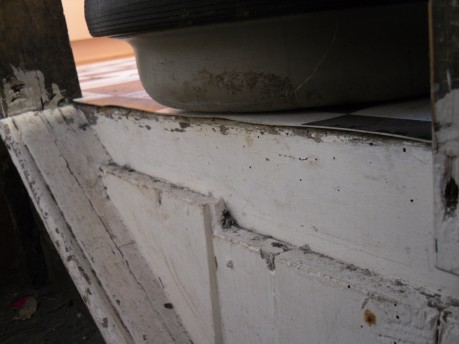 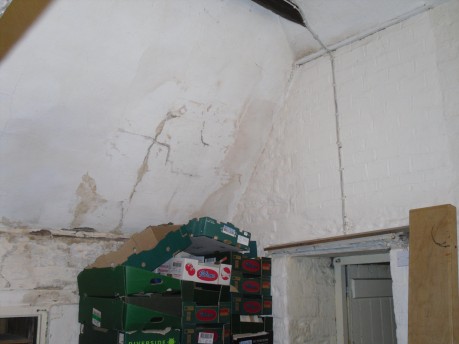 Signs of an old water leak 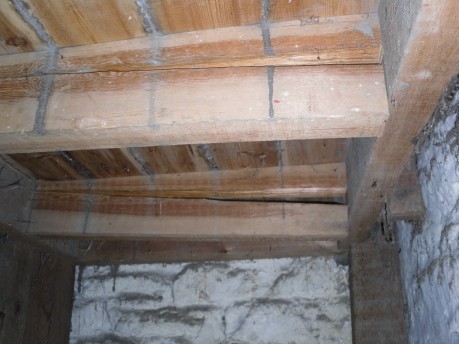 Broken supporting timbers to one staircase 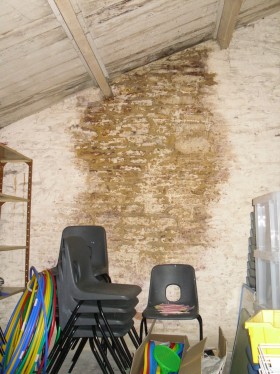 Chimney stack in need of attention 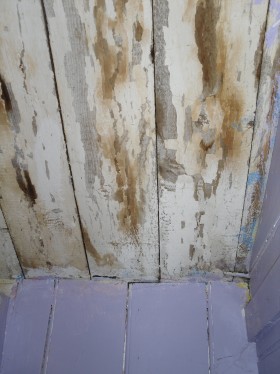 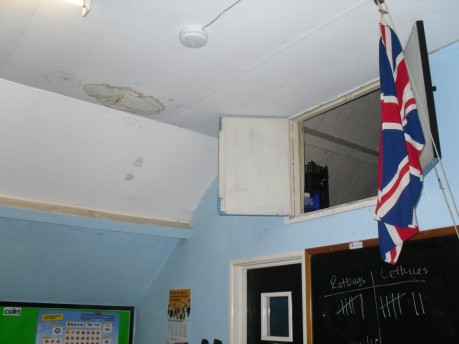 Small mark to ceiling leading to……. 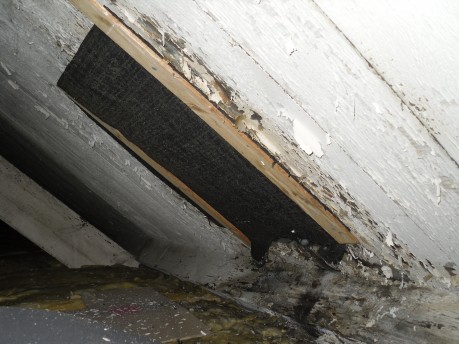 …..a poor repair to the main roof

It is becoming more common for a local building to be entrusted to a committee, however this building was given to the community a long time ago 1948 in fact!

The main issue with being responsible for a building is to ensure that it continues to be safe for the inhabitants, this is an obvious point, but time ebbs on and before we know it we’ve got some major repairs to undertake! The Trust in charge of this listed property knew full well that a number of repairs were needed to the building, but not necessarily the extent of the damage to this listed building that had accumulated over almost 100 years! A key concern for The Trust was that the repairs now needed to the building would require significant funds to rectify.

I was contacted to carry out a full condition survey on this historically important listed building within the town of Tetbury, Gloucestershire.

The current usage of the building was rather mixed to say the least, being home to a Small Bore Rifle Club, Scouts, Cubs, Beavers, Guides, Brownies and Rainbows!

The ground floor, which is still used by the Small Bore Rifle Club as a shooting range led to some interesting finds, namely a some potentially dangerous electrical wires and a subterranean room that is thought to have not been seen since the Second World War! There was also some intriguing damage to one of the end walls in the room as the building was used by the United States Armed Forces during World War II (with the ground floor being used as a rifle range for up to .45 caliber rounds!).

The first floor was home to the Guides, Brownies and Rainbows and revealed some issues with one of the roof slopes that needed attention.

The second floor was used by the Scouts, Cubs and Beaver groups and contained more defects this time with the main roof slope.

The completed report ran to 37 pages (and around 250 digital photographs) and didn’t make for light reading, but it was essential to capture the condition of all parts of the building so that the repairs can be prioritised and planned to avoid unexpected costs and ad-hoc repairs having to be carried out in the future.
Financial planning for groups such as this are essential to avoid spending money by only ‘fire-fighting’ the real problems. If a condition survey can catch something that is about to fail, but hasn’t yet, it will often pay for itself with just that one piece of advice!

You can find out more about the Small Bore Rifle Club in Tetbury here.

If you’re keen on sending your child to Scouts, Cubs or beavers, or want to help out then you can find them here.

Likewise if you want to find out more about Tetbury Guides, Brownies or Rainbows or helping out then find them here.

Of course, if you are looking to purchase a property or already own a building and want to know the exact condition to be able to plan out repair schedules and costs, then use the contact page here to get in touch with me to talk through your project.

Not convinced that you need a building condition survey yet? Go on over here and have a look at the testimonial from this project to see what The Trust thought of the report and service in general!